Since the industrial age, we have seen revolutionary changes such as the transitions from from steam engine to internal combustion, coal to oil and fax to email, These step-change improvements have driven significant productivity gains and it has been important to stay ahead of these transitions to maintain a competitive advantage.

Today, there is a large energy transition underway from fossil fuels to renewable energy, which now represents the lowest cost for delivering electricity in many markets. The jaw dropping decline in renewable energy prices (required to generate green hydrogen) coupled with similar lower cost for hydrogen generation equipment is leading to growing confidence in the use of hydrogen to decarbonize large markets.

Over the last decade, leading companies in a wide variety of industries have been proving out the use of hydrogen in their operations using smaller 1-2MW projects. These pilot projects have supported the potential of hydrogen as the fuel of the future. As a result, countries representing 70% of the world GDP have incentives in place to accelerate the use of hydrogen.

The Institute for Energy Economics and Financial Analysis (IEEFA) estimates there are 50 green hydrogen projects under development worldwide. Those projects have a planned annual production capacity of 4 million tons of hydrogen and a total renewable power capacity of 50 GW, with a combined capital cost estimated at $75 billion, according to the Ohio-based think tank.

Industrial Hydrogen is used for many processes such as refining and fertilizer production. However, 95% of the hydrogen used for these processes comes from fossil fuels. Each kg of hydrogen produced from fossil fuels results in 12 kg of carbon emissions. Further, hydrogen is delivered to sites in liquid form which results in complex supply chains (such as use of cryogenic storage tanks) and further increases the carbon footprint.

Our on-site hydrogen production solutions from green energy can dramatically lower your carbon footprint, enhance reliability of supply and be justified on an economic basis.

KPMG surveyed ~1,000 executives from the world’s leading automotive companies in 2017. Fuel cells were listed as the most important trend. Today, fuel cell vehicle programs are well underway at Hyundai, Toyota, Daimler, Honda and BMW. By 2021, it is predicted that most of the leading automotive companies will have started producing electric fuel cell vehicles worldwide. McKinsey stated hydrogen can store more energy in less weight, making it suitable for vehicles with heavy payloads and long ranges. We are seeing growing interest in the use of fuel cells to recharge on-board electric batteries (implying smaller batteries and resulting lower weight) in applications such as rail, buses and trucks.

We provide hydrogen generation solutions to power your captive fleet and reduce your carbon footprint. 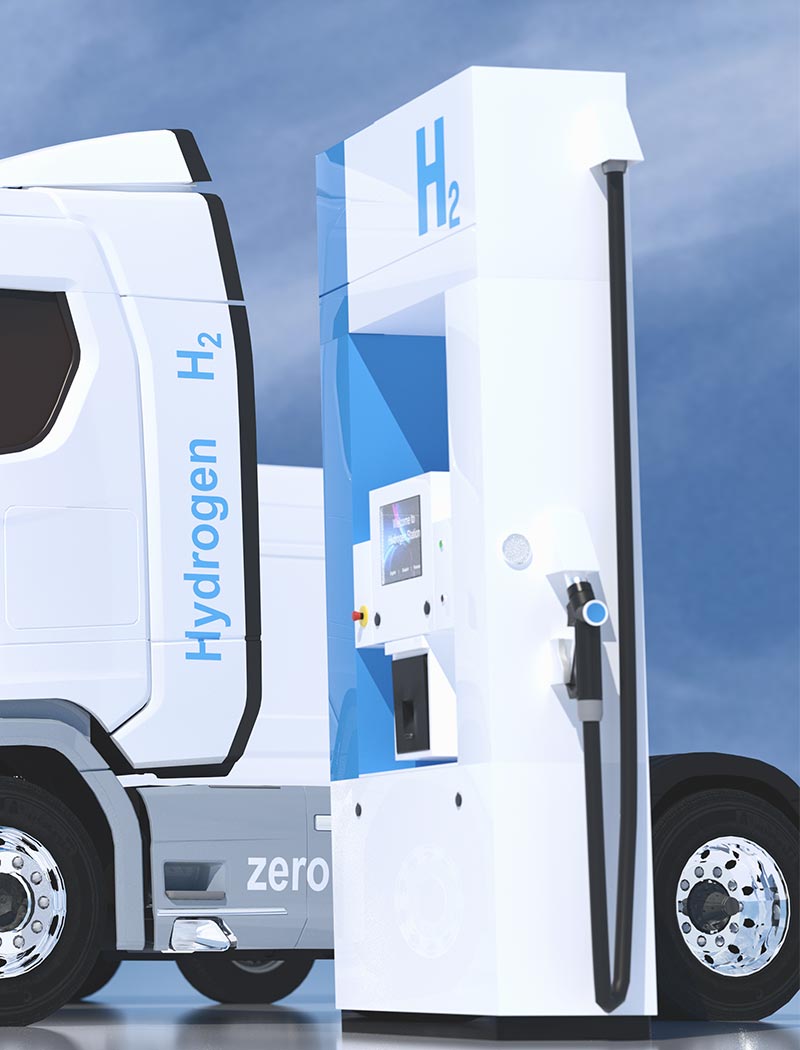