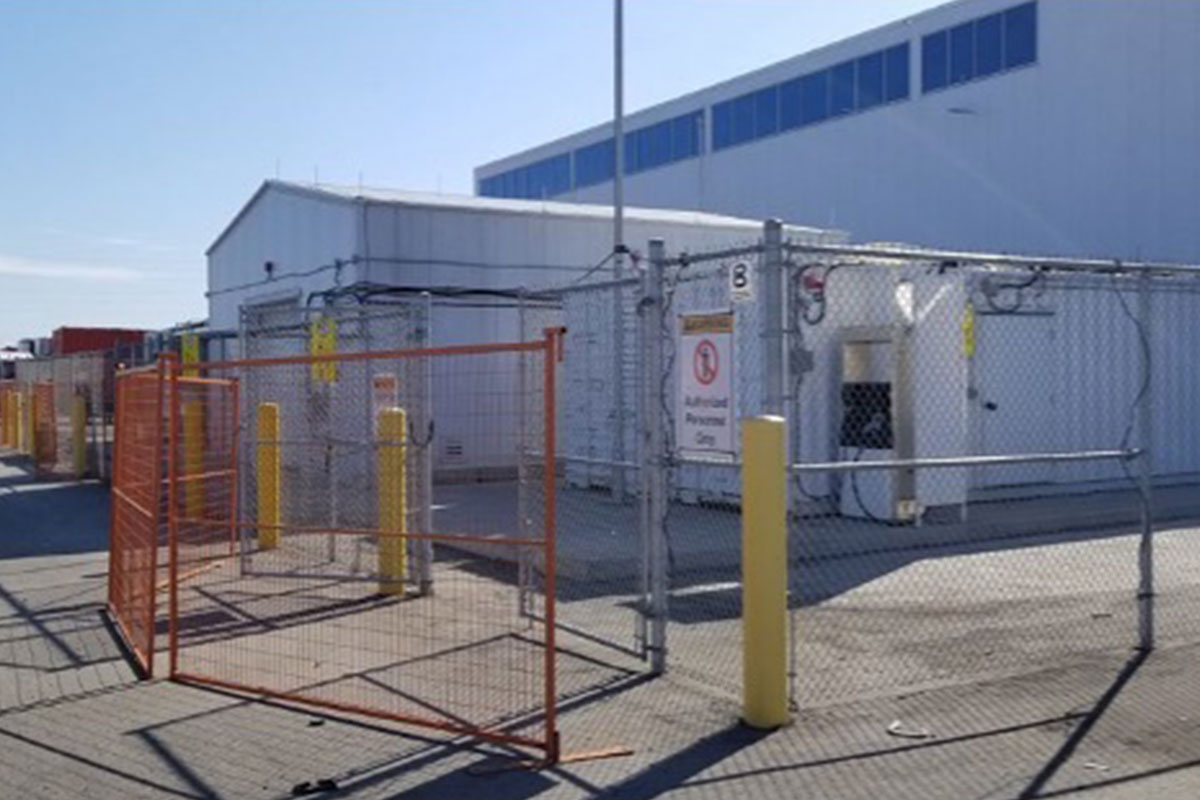 Hydrogen gas generated onsite by the electrolyser which produces up to 650 kg/day. The electrolyser receives the feed of purified water via reverse osmosis (RO) unit that processes raw water from the regular water supply. The electrolyser also receives 13,800 V
/ 109 A electricity feed from the onsite CTC service through a rectifier/transformer to provide 360VDC / 6000 A to the electrolyzer module.. For its operation the hydrogen generator requires cooling that is being provided by an external chiller that also provides cooling for hydrogen compressors.

Inside the electrolyser hydrogen is generated under the pressure of 8 to 10 bar under the temperature of about 65-70 0C. It is then cooled to ambient temperature, stripped of residual moisture in a dryer and of residual oxygen in a catalytic purifier (to the level of 5 ppm max for both components). The hydrogen is then directed to the surge or buffer tank installed at the suction of hydrogen compressors.

The compressors are of diaphragm type, 2-stage. A low pressure switch installed at the compressor suction prevents ingress of air to compressors. Both compressors run simultaneously at a reduced capacity.

Upon exit from compressors, hydrogen gas is directed into the fist bank of high-pressure ground or bulk storage system. Once all the banks are full (up to 600kg), a high pressure switch turns the compressors off and puts the electrolyser into a stand-by mode. Once the pressure in the banks drops during refueling, a pressure switch triggers the electrolyser and compressors to start to resume refilling the storage tanks.
Hydrogen storage system is equipped with flow restricting needle valves installed on each of the three hydrogen high pressure lines in order to minimize potential hydrogen leaks in the case of lines’ accidental damage.

From the storage system, the hydrogen is directed to one of 6 dispensers for lift trucks fueling via a priority filling panel.